A Military History of the Birth of the State of Israel

Facilitated by Jacob Stoil, Assistant Professor at the US Army School of Advanced Military Studies

February 27: The Paramilitaries and the British in the Second World War

The story of the cooperation between the paramilitaries and the British Special Operations Executive with daring and desperate plans that helped shape Israel’s future wars.

Exploring the political intrigue and military activity that secured Palestine Mandate for the British, demonstrating how these activities meant that British could no longer hold the territory.

An overview of the military history of the War of Independence, while exploring some of the critical and forgotten dynamics and campaigns of the war, culminating in independence and a secure statehood.

Programs are free, but reservations are requested by calling The Heritage Center reception desk at 913-327-8044. 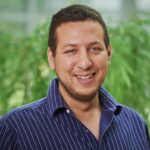 Jacob Stoil is an Assistant Professor at the US Army School of Advanced Military Studies. He holds a DPhil from Oxford University, an MA in History of Warfare, a BA in War Studies and an AKC in comparative religion and philosophy from King’s College London. Dr. Stoil has published on topics in Israeli military history, the history of the Second World War, and aspects of contemporary conflict.