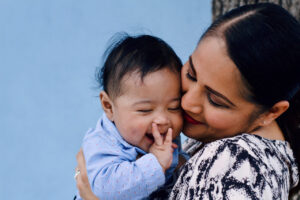 It is an unfortunate truth that children are at greater risk of abuse and neglect as the economy worsens and families face greater stress. So why did the State of Missouri decide that now is the time to eliminate huge numbers of positions at the agency charged with protecting children? Missouri’s Department of Social Services (DSS) will face more staff layoffs than any other state agency.

DSS includes the Children’s Division, whose mission is to ensure that Missouri’s youngest residents are safe and that families are able to function. Importantly, these workers can step in before children are harmed to make sure that parents have the support and resources they need to care for their families – thus keeping kids out of the foster care system.

On July 15, the Parsons administration announced that – due to COVID-related budget shortfalls – 500 state jobs would be eliminated in August. Of those 500 positions, two-thirds were from the DSS. Now, an overworked and strained system with notoriously high staff turnover and burnout will become even less able to do the work needed to keep children safe and to keep families together.

The timing couldn’t be worse for another reason: Since mid-March, when stay-at-home orders went into effect, calls to the state’s child abuse hotline have dropped by half. That’s not necessarily because children aren’t being harmed. Child advocates suspect this is due to mandated reporters, such as teachers, not being able to detect when a child needs protection. Advocates also predict that hotline calls will increase as schools and child care centers reopen.

Missouri’s most vulnerable residents – children and youth – aren’t able to speak up for themselves to convince state leaders to reverse this outrageously harmful decision. It is up to us to speak for them.

Contact your Missouri state legislator to let them know the state’s budget woes should not fall hardest on its youngest and least powerful citizens. (LINK TO LOCATE LEGISLATORS’ CONTACT INFO)